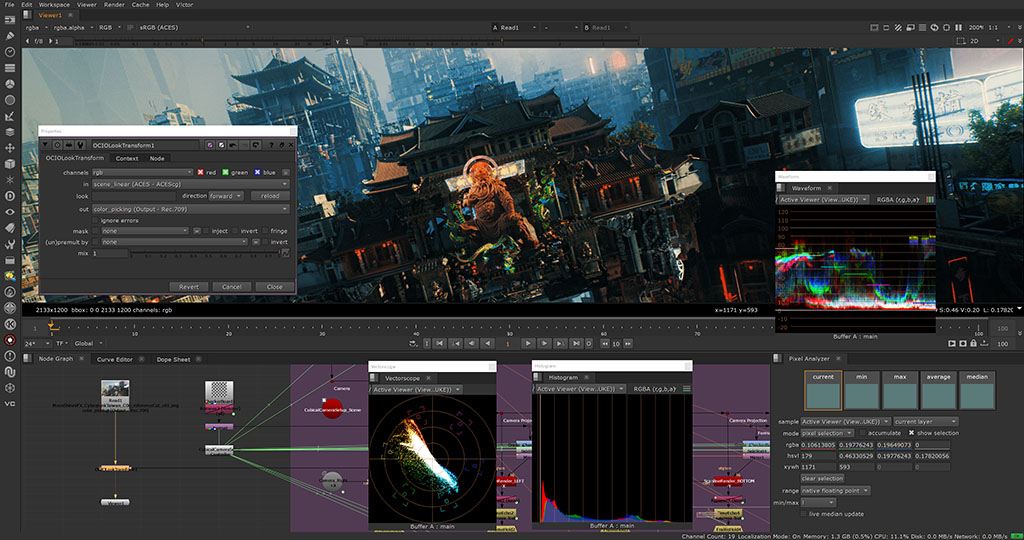 The goal of the visual effects compositor is photorealism, using the art of compositing layers of images to look coherent using the physics of light at the service of storytelling. It’s critical that, in the end, the merged image needs to loo like they have been shot at the same time with the same camera and lenses, under the same lighting conditions. The process of compositing requires applying the physics of light in a photo-realistic logic by synthesizing mathematical formulas or fixed structures to mimic the complexity of light phenomena. However, understanding the journey a ray of light has taken from its source to get to the screen could lead to a more scientific analysis of the image composition process to replicate and emulate the qualities and artefacts of light as the eye perceives it, interpreted by the lens of the camera. 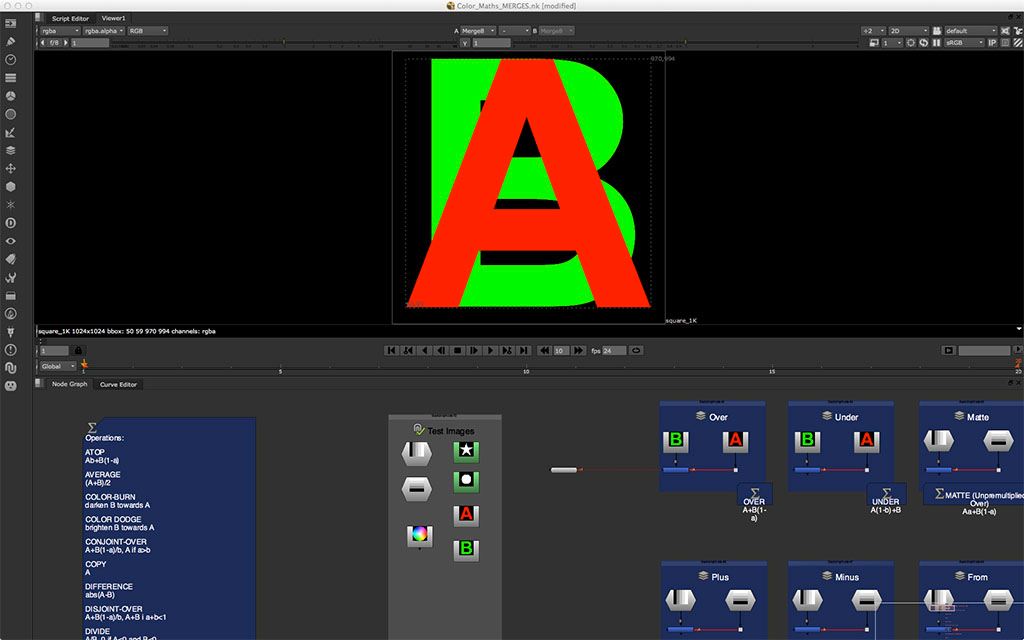 In this conference, Victor Perez looks at the key operations that are the building blocks for understanding the color match grade and creating a photoreal composite. He provides a detailed deep foundations of common nodes; and the secondary operators (brightness, contrast, saturation) to differentiate between technical oriented grade and artistic driven operation, as well as valuable tips for using the Viewer and Pixel Analyser. Victor Perez explains his methodology to translate the physics of light into mathematical operations within NUKE™. Victor Perez is an award winner visual effects supervisor and film director. Former compositor and well known as one of the most important contributors to the NUKE compositing community around the world. 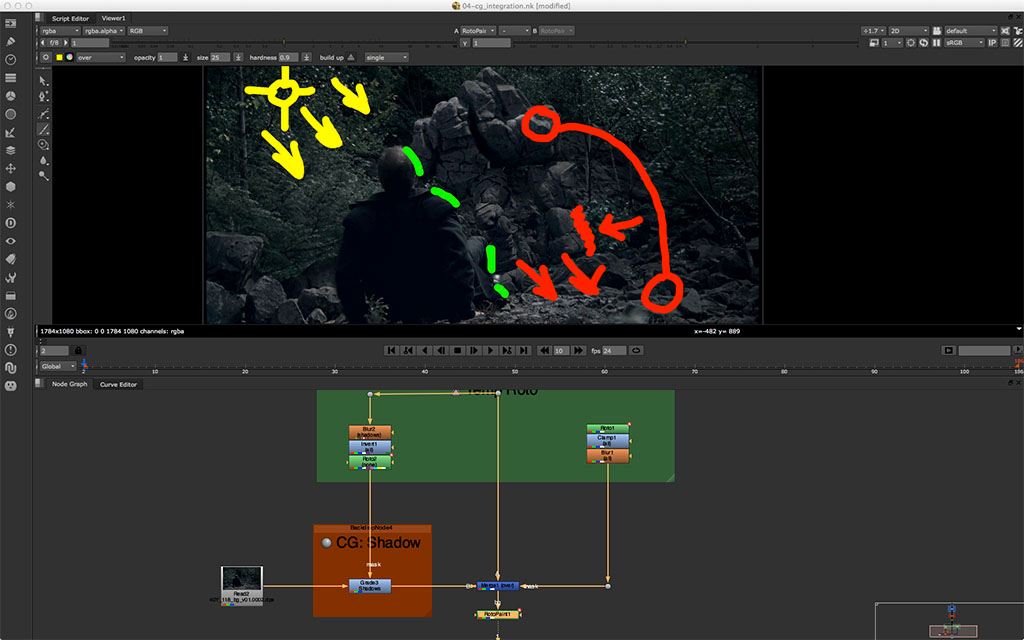 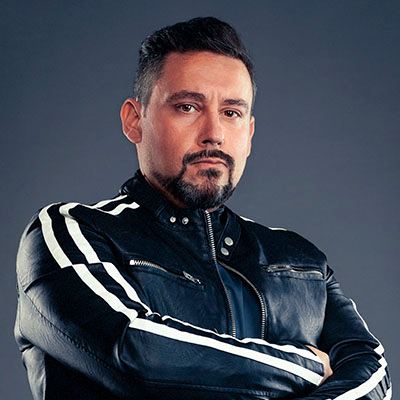 Victor Perez is a film director, screenwriter and visual effects artist with more than 24 years of combined experience, and has worked on a number of Hollywood films, including Christopher Nolan’s ‘The Dark Knight Rises’, ‘Rogue One: A Star Wars Story’, ‘Harry Potter and the Deathly Hallows’, ‘Pirates of the Caribbean: On Stranger Tides’ and ‘127 Hours’, plus many more.

Considered a visual effects guru, awarded with the Italian Academy Award for his work as VFX Supervisor on ‘The Invisible Boy: Second Generation’ in 2019.

Victor was inspired by Star Wars in the cinema when he was a child, and went on to acquire his first professional job as a graphic designer at the age of 16. Victor started his career in the film industry as a photographer and digital compositing artist. He then work on collaborations as 2D technical director and consultant where developed a fine combination of both artistic and technical understanding of film postproduction and visual effects from a photorealistic point of view. Today he designs and oversees the process creation of feature film visual effects as VFX Supervisor.

A member of the prestigious Visual Effects Society (VES), collaborator and contributor of the world renowned Nukepedia and certified NUKE® Master by Foundry®, Victor has also worked and researched with Academy Award® winner studios such as Double Negative, Cinesite and Union. His researches in the VFX field have been published with FXPHD and CMIVFX and acclaimed by the audiences world wide. Since then, he has taught master classes globally throughout various institutions such as Pixar Animation Studios, The Animation Workshops, and Escape Studios.

In 2015, Victor delved into the world of film directing, and since then he has written and directed two short films and received more than 27 awards and nominations for his debut ‘Another Love’ (2015).
His latest short film ‘Echo’ (2017) uses pioneering, never-seen-before motion control technology and was shot in just five long takes. The film has won 20 awards worldwide including best film, best director and best visual effects, for which has been also nominated for Outstanding Virtual Cinematography at the Visual Effects Society (VES) Awards 2019. “After all technicalities and technology, I had always one key element in mind: tell a good story in a new way that’s never been seen before. Integrating VFX at the service of storytelling, not the other way around,” said Victor.

Victor’s passion for story telling combined with his award-winning directing and visual effects artistry has positioned him as an up-and-coming film director and a one-to-watch in the industry.

Award-winner Film Director and VFX Supervisor, considered a visual effects compositing master and NUKE™ guru, Victor Perez has worked on a number of Hollywood blockbusters. Starting his career as a photographer and digital artist, today his films have earned him more than 27 awards world wide.